LESBIAN SPIDER-QUEENS OF MARS is a new retro arcade game from space. It can be played one-handed. It's a Flash game, originally developed for Adult Swim Games and rereleased as a standalone title. This is the explicit version of the original Adult Swim release, and a full content warning is below.

Lesbian Spider-Queens is a game by ANNA ANTHROPY. It features art by KINUKO and music by AMON26.

SIMILAR TO: Wizard of Wor

DIFFICULTY: Very hard. There are no options to adjust difficulty.

FLASH IS DEAD, WILL THIS GAME STILL RUN ON MY COMPUTER? Yes, this game will still run on your computer! R.I.P. Flash.

VIDEO AND SOUND: There are frequent flashing light effects in many different colors. You can expect to see these effects many times in quick successions over the course of each stage. The audio is made of many loud, overlapping sound effects. It is intended to mimic the sensory experience of a loud arcade.

THEMES AND CONTENT: This game features kink themes, upper body nudity (often of small pixel characters but sometimes in full-sized art) and bondage and restraint imagery. The main play mechanic is using a "bondage laser" to cocoon women and capture them.

The term "slaves" is used repeatedly within the game's narrative. In the meta-narrative, the game's story can be thought of as a "consensual non-consent" scenario (where the participants are consenting to a scenario that involves pursuit and capture). Within the surface narrative, though, the story is about a queen repressing a "slave rebellion" on Mars.

In order to download this game you must purchase it at or above the minimum price of $5 USD. You will get access to the following files: 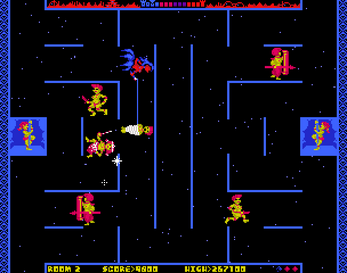 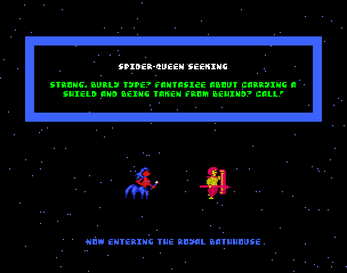 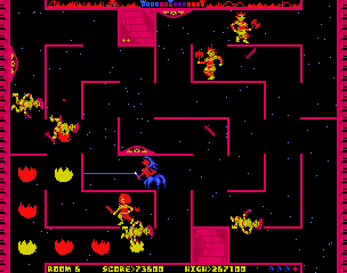 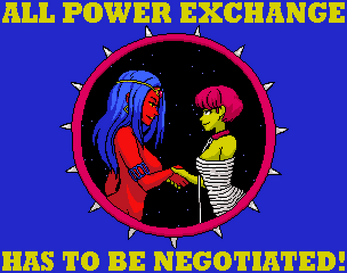 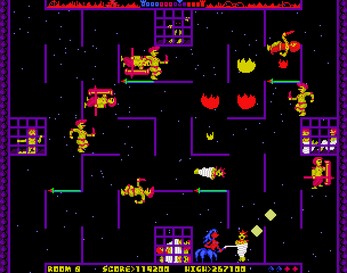