“HOSTILE DETECTED,” Chariot reported. Sure enough, an ominous icon had appeared on the heads-up map. It was shaped like a skull. Wearing an eyepatch.

Justice tapped it with their finger, opening a comms channel. “You’re not authorized to be here!” Justice demanded. “Who are you?”

“Justice. You’ve gotten sloppy since last I saw you. The Academy not drilling you hard enough?”

Justice instantly recognized the voice. They could never have forgotten it. “Judgment? Is that you?”

All My Exes are in Mechsuits is a role playing game for exactly three players.

Imagine a mech anime series, full of heated battles in the cold of space, unforgivable betrayals, and shocking revelations far from home base. In Exes in Mechsuits, we play through a single episode of that anime that contains all three: The moment the pilot meets someone important from their past - flying for the other side.

It can be played either as a live-action role-playing game (or “Larp”) or as a pure tabletop experience. It takes two to three hours to play.

Exes in Mechsuits was originally created for the #sadmechjam, organized by John Harness and Takuma Okada. Cover art by @pinacoladapuppy.

It is available as a digital pdf, print-ready pdf (print double-sided, then staple it together to create a physical copy), and plaintext. The character sheets are free.

1/24/20 UPDATE: This new edition of the game adds a ton, including the demo scenario I created for running the game at conventions, safety techniques, revised character creation, and rules to run the game as either a tabletop or larp experience. It's so much better!

What is this game like? Listen to the following Actual Play podcasts (both of the original jam edition) to get an idea of how it works.

▶ Looking For Good livestream (featuring me!).

In order to download this game you must purchase it at or above the minimum price of $10 USD. You will get access to the following files:

Support this game at or above a special price point to receive something exclusive.

Community copies are for queer and trans players who can't afford the game at full price. A community copy is added whenever someone buys the game at $15, or 5 above the normal price. 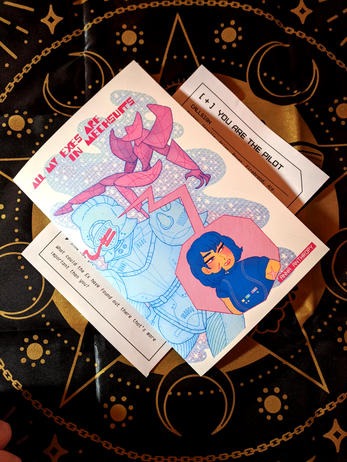 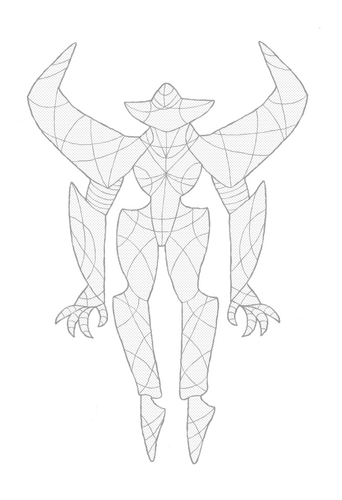 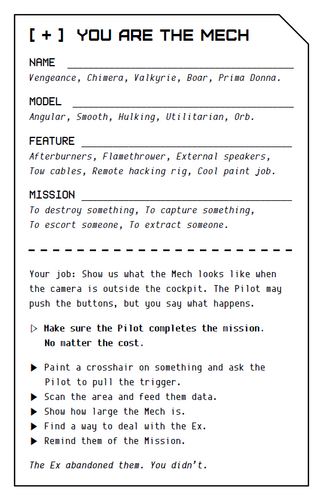